A DAY IN THE LIFE OF A COMET

Rocky Larson was introduced to TeamSynced during his time as the Defensive Coordinator at University of Wisconsin-River Falls. There he quickly realized how much of an impact TeamSynced was having on the Defense’s performance both on the field and in the classroom; and that's why when he took the Head Coach position at Mayville State University TeamSynced was one of his first calls.

“If you can get everyone on board, there is no mistakes on where people need to be”

Some of the areas that Rocky has seen positive results with his teams since implementing TeamSynced at Mayville State are class attendance, team culture, time management, communication, and accountability. These came as no surprise to Rocky because he had seen the same thing happen with his defense at Wisconsin-River Falls. What did come as a surprise to Rocky was the impact that TeamSynced had on his entire program, extending past just the players, when he became the Head Coach. As the Head Coach he had the ability to implement TeamSynced as the one stop shop for his entire program top to bottom, not just on his side of the ball, and not just for his players and coaches. With strength and conditioning, athletic trainers, and support staff on board there is no more confusion or missed communication.

“The parents eat that up because of the organization. Their kids are going to class, and it keeps them on track”

Along with the boosts to team culture, communication, and time savings, the Mayville State football program saw an immediate impact in recruiting. With TeamSynced being the program's main source of communication and information sharing, Rocky thought it was important to share it with recruits and their parents as well. A college football team that operates as a well oiled machine isn’t as common as some parents may think, so Mayville State uses it as a selling point in recruiting against competitors that don’t have the tools to be as efficient as they are. During their recruiting days Mayville State Football dedicates time to giving both the kids and their parents an inside look at a day in the life of a college football player. During that segment Rocky presents to the room using TeamSynced to show the group exactly what their schedule could look like when they step on campus. For the kids it’s a peek into what their future looks like, but for the parents it’s concrete evidence that the coaches and support staff care about giving their children the tools that they need to succeed on the field, in the classroom, and in life after football.

Amidst Budget Cuts and Logistical Challenges, Why TeamSynced?

"I think the biggest impact TeamSynced has made for us is accountability for our athletes in attending class and getting there on time. The check-in feature helps us keep track of each student-athlete and each class without having to spend all day in the hallways checking on them."

“The parents eat that up because of the organization. Their kids are going to class, and it keeps them on track" “If you can get everyone on board, there is no mistakes on where people need to be” 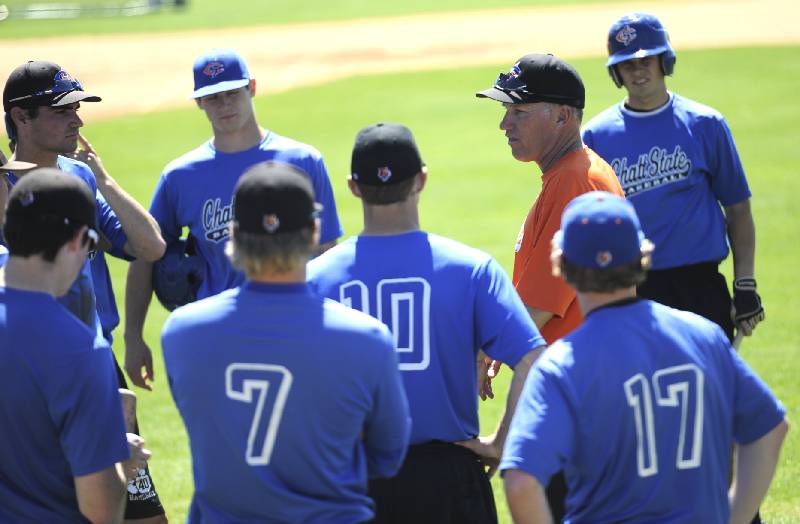 “We’re trying to find a way to stay connected and keep our players connected with each other, with us as coaches, with the program, with the college, connected to all of that stuff. This is a great resource to do that. I’m sitting here right now with my assistants, prepping a plan to send information out about workouts and throwing programs that would normally not be an issue."